“I guess I’m still really attracted to that autobiographical stuff — dirty secrets, gossip, voyeurism; getting a peek underneath the veneer of someone’s public persona to the really awful and disarming and pure, lovely, human mess that convention and sanity can’t expose. All the things that civilization is designed to snuff out, diminish or regulate, basically — the urges, vulnerabilities, fears, and dreams that hinder the smooth gear work of hierarchy, convenience, and tepid industrial business-as-usual.” – Schulz in a 2007 interview with Steve Bissette

Gabby Schulz/(pen name: Ken Dahl) is a gifted story teller whose cartooning work is jarringly incisive. It’s a real shame that not that many people know his work.

Here’s your chance to learn more.

Born in Honolulu, Schulz has spent most of his adult life in transit around the continental United States.

Schulz’s early work consisted of self-published mini-comics that landed him work with independent newspapers, like Honolulu Weekly. While working for these publications, he honed a nimble political cartooning vocabulary.

However, as his politics moved further and further left of liberal, he found it harder to draw cartoons these publications.

In his own words

“ It’s easy to draw a comic that convinces your average fence-sitter that George W. Bush is a monster. It’s a bit harder to convince them, in the same amount of space, that the entire two-party system of politics in the US is fatally flawed and has long been rotted out from the inside; that lobbyists and globalization have made our quaint notions of democracy irrelevant (if indeed they ever were relevant); that most of what you read in the paper is just a series of red herrings designed to throw people off the scent of any issue that actually affects their lives (or the lives of others — and God forbid Americans should ever care about those.)” – Schulz in a 2007 interview with Steve Bissette

As he moved away from doing weekly political strips, he began create more emotionally charged, personal comics with a heightened political intensity.

As he amassed a larger body of work, Microcosm Publishing; an independent publisher and distributor based in Portland; approached Schulz to publish a collection of his most poignant work.

Welcome to the Dahl House : Alienation, Incarceration, and Inebriation in the new American Rome  is the result of the partnership with Microcosm. It collects the comics Schulz produced between 1997-2007.

The book includes stories of the humiliation and terror of airport security, the demeaning experience of being arrested, the despair ofhaving to sell off his possessions at a yard sale to pay his landlord, and more generally the horror of lost youth. It explores a painfully honest truth of the American experience in 128 pages.

Rooted in the mode of 1990’s alt-weekly comics, Schulz bundles irony, bitterness and frustration  into a ferocious ball of wit. His cartooning is notable because of his light touch and snappy dialogue. His work is far more cutting than that of his politically minded; zine-making; cartooning peers.

Instead of throwing gut punches to shock and awe, Schulz creates genuinely funny and sympathetic narratives. Through labor thought and effor Schulz transforms stories of anger and frustration into moving accounts of life in the 21st century.

In 2007 Schulz completed a fellowship at the Center for Cartoon Studies, that same year, the first issue of Schulz’s story, Monsters, won the Ignatz award for outstanding minicomic.

A semi-autobiographical story about Schulz contracting Herpes, Monsters details on the physical symptoms and the traumatic emotional damage of the disease.

Indicative of the emotional narrative of Monsters, the anthropomorphized Herpes virus Schulz draws; which grows into a large blob; mutters“I’m just another lifeform trying to survive in this weird, fucked-up world.”

In a story that takes place at 40,000 feet above the earth, Schulz  depicts the horrors of decaying health in the United States.

For those interested in reading some of Schulz’s work, much of it is available for online.

A particular highlight of this work is Gordon Smalls Endures the Wasteland.  It serves as a great primer for the virtuosity of Schulz’ cartooning and his capacity to digest the existential tragedy of post-industrial American society.

Schulz recently put online an autobiographical story, Sick. Similar to Weather, Sick is about the horrors of getting sick without health care in the United States.

Sick is a well spun yarn that serves as the record of Schulz’s own trauma. Unfortunately he has taken down Sick from his website because of the enormous amount of traffic that it generated and the ensuing problems that arose from his web hosting server.

Here’s hoping it makes it to print soon.

I highly recommend you hop on over to his site and pick up some copies Monsters or buy a page of original art!

For those interested in learning a little more about Schulz and his work you can check out the following interviews by Steve Bissette and Louie Falcetti: 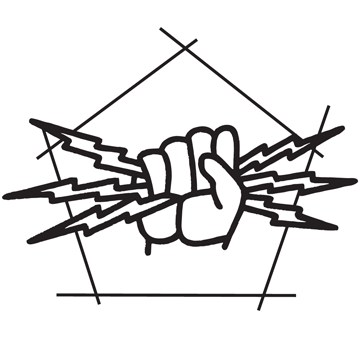